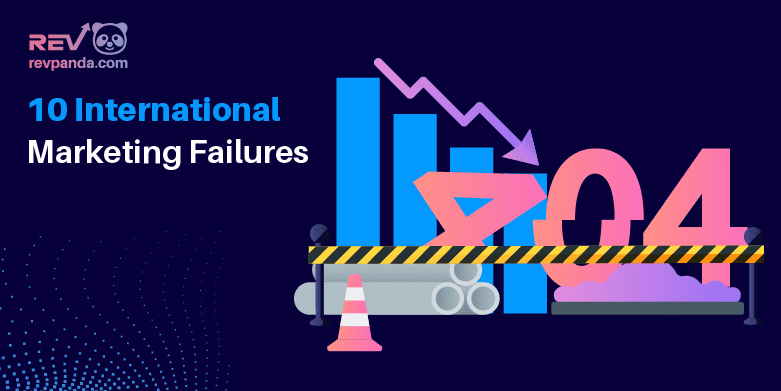 International marketing requires patience, research, and preparation, as your brand must appeal to a wider demographic.It’s not difficult to comprehend why international marketing mistakes can be disastrous for branding. Countless expansion attempts have been previously thwarted by a flawed marketing campaign. But it doesn’t have to be that way. Localisation is the key to successfully penetrating a new market. But before hoping to appeal to the heart and mind of your new audience, make sure you’re sending out the right message. 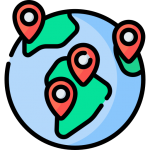 Miscommunication is a marketer’s worst nightmare, as the wrong message can potentially kill your business even before you get a chance to rectify the error. And this is where professional marketing translation services enter the frame.

Let’s say your business predominantly caters to a native English audience. Now, if you intend to expand beyond language barriers, you need to translate your marketing materials. Unfortunately, direct translations are proven to be unreliable and misleading. You need to adapt the content for your target audience from around the world.

Some companies have learned this lesson the hard way. Here are 10 epic translation fails in advertising that left the owners red in the face.

1. Ford – The American auto giant got a quick lesson in English when promoting a car in Belgium. Ford launched an international marketing campaign with the tagline “Every car has a high-quality body”. However, the message was lost in translation in the Belgian market where it read, “Every car has a high-quality cadaver”. This isn’t the only time Ford ran into a language barrier. While promoting the Pinto in Brazil, the company realised the word “Pinto”, when translated into Portuguese, described a chick. Unsurprisingly, Ford had to introduce new campaigns to bring their reputation back from the grave.

2. BMW – The German auto manufacturer, made the grave mistake of portraying the UAE’s national anthem in poor light. The move resulted in widespread anger, instant drop in sales, and threats of mass boycott. The video campaign displayed an Al Ain Football team singing the National Anthem. However, they break form and dash for a bunch of BMW cars when they hear the engines roar. Emiratis took major offence at BMW’s suggestion that the car was more important than the National Anthem. The company posted an explanation soon after and replaced the ad with a less polarising campaign.

3. KFC – Kentucky Fried Chicken has had its share of marketing faux pas too. The American fast-food chain got off on the wrong foot when expanding into the Chinese market. While opening their first store in Beijing in the late 1980s, KFC accidentally translated its iconic slogan “Finger-Lickin’ Good” to “Eat Your Fingers Off”. Luckily, the mistake didn’t cause them dearly, and a major fiasco was avoided as the customers didn’t make a great deal out of a failed translation.

4. Coors – While translating its “Turn it Loose” campaign for the Spanish market, the American beer manufacturer forgot that slang doesn’t always carry over as intended. For instance, the tagline turned into “Suffer from diarrhoea”. Needless to say, the brand made headlines, but for the wrong reasons and had to rethink its strategy to bring its reputation back to life.

5. American Motors – A translatable name for a product is crucial when branding overseas. American Motors learned their lesson in the late 1970s when launching a mid-sized vehicle called the Matador in Puerto Rico. Although the company intended to portray valour and strength, matador roughly translates to “killer” in the local language. Not the most confidence-inspiring name for a vehicle.

6. Braniff Airlines – The American commercial airliner walked right into a major controversy when promoting new leather seats on its flights to Mexico. The slogan “Fly in Leather” roughly meant “fly naked” after Spanish translation. While some found the campaign rather amusing, it wasn’t the intended message the exes had in mind, and the advert was eventually replaced.

7. Dolce & Gabbana – With tons of marketing marvels under their belt, one might think fashion mogul Dolce & Gabbana would be above international marketing mistakes. It turns out they aren’t! In a recent social media goof-up, one of the campaigns portrayed a Chinese woman eating Italian food using a pair of chopsticks while a male voice was heard instructing her from the background. The ad didn’t resonate well in the Chinese market, with several individuals threatening to boycott the brand. Even the Chinese government weighed in eventually. This raised a major concern as China is one of the largest consumer markets of the fashion brand.

8. Pampers – Brands can sometimes run into trouble with overseas customers not for what they say but how they say it. Take Procter & Gamble’s case, for instance. When selling products under the Pampers brand in Japan, the company included the image of a stork carrying a baby in diapers. While the tale of a stork delivering babies to new parents is popular folklore in the USA, Japanese parents weren’t aware of the reference. Hence, most became concerned and confused with the unfamiliar image.

9. HSBC Bank – Back in 2009, HSBC Bank spent a fortune translating its 5-years old “Assume Nothing” advert. Unfortunately, the slogan translated to “Do Nothing” in many countries. HSBC Bank was forced to spend an additional $10 million and change its slogan to “The World’s Private Bank”, which is simpler to translate.

10. Electrolux – Not all translation fails were made by US brands. Popular Swedish electronics giant Electrolux got its dose of unwanted attention when it introduced its products to the US market. Highlighting its range of high power vacuum cleaners, the firm came up with the slogan “Nothing Sucks Like an Electrolux”. It’s not difficult to see why the tagline never tasted success with the average US consumer. 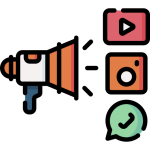 Creating grammatically correct taglines for overseas campaigns is hard work. It takes the average marketer years of hands-on experience and countless failures to master marketing translation. Thankfully, our writers at Revpanda have had their share of flops and won’t make the same amateur mistakes that first-timers most definitely will. Reach out for inquiries today, and we’ll revert at the earliest.